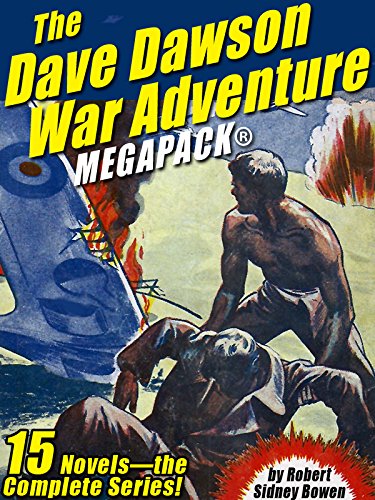 Young Dave Dawson, just out of high school and following his father to Europe at the start of the conflict that would become World War 2. After befriending a young English lad, Freddy Farmer, the two teens find themselves fighting along side the brave British troops determined to keep the Nazis from ever setting foot on English soil.

Through the series they do not age but do travel around a lot taking part in such operations ad Dunkirk, Guadalcanal and Truk Island. They distinguish themselves as they fly and shoot down the enemy whether they are on European soil, in the Pacific or even at home where Nazi infiltrators are bent on wrecking havoc. The two lads make a name for themselves, form an unbreakable friendship, and fight against the odds. overcoming them at the very last moment.

As with many series for young boys, the themes are built around patriotism and bravery, friendship and loyalty. And, while some of the references might seem rude or racist, they were products of the time in which they were authored.

Robert Sidney Bowen, Jr. (1900 - April 11, 1977) was a World War I aviator for the Royal Air Force, newspaper journalist, magazine editor and author who was born in Boston, Massachusetts and died of cancer in Honolulu, Hawaii at age 76.

He is best known for his boys' series books written during World War II, the Red Randall and Dave Dawson series under the name R. Sidney Bowen, and other sports and western fiction under the pseudonym James Robert Richard.

We join the protagonist Dave Dawson, who must escape the German war machine against all odds during what is arguably the most chaotic retreat in the history of warfare. Dave Dawson and Freddy Farmer are the youngest licensed pilots of the R.A.F. Thrills a plenty are in store for them as they bag German plane after German plane in a series of daredevil maneuvers. Dropped by parachute into Belgium, deep in Nazi-occupied territory, on a dangerous spy mission, they escape at the risk of their lives with the secret information which enables England to foil the planned German invasion. Lurking in the China Sea and hidden in the Burma jungles are Japanese forces of destruction when Dave Dawson and Freddy Farmer of the R. A. F. are assigned to Singapore.
The Japs are ready to strike at the unsuspecting British as Dave and Freddy discover their central base of planes and supplies. It seems impossible to warn the British in time! It seems certain that the Jap general will execute the flyers! But they do not know that nearby is a band of American Volunteer pilots with powerful P-40's.
Here is the thrilling story of how it happens that at that very moment of the attack on Pearl Harbor, Dave Dawson, Freddy Farmer and the American Volunteers win the first U. S. victory over the Japs. Dave Dawson and his trusty ally Freddy Farmer return to the Pacific Theater once more to battle the Axis Powers. Truk, an atoll in the Micronesian Islands, was home to an important Japanese base during the war. Knocking it out of commission was high on the list of objectives for the Wallies. Join Dave and Freddy as they put a serious dent in the ability of the Japanese to continue waging war.

A 16th title, "Dave Dawson Over Berlin", was planned but never published. 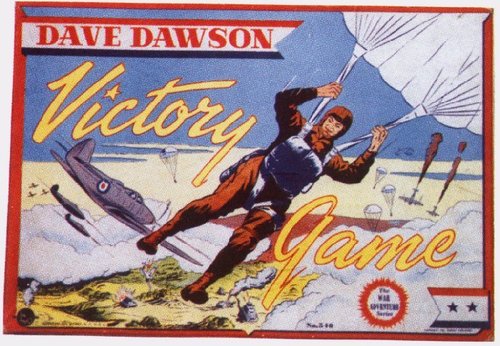 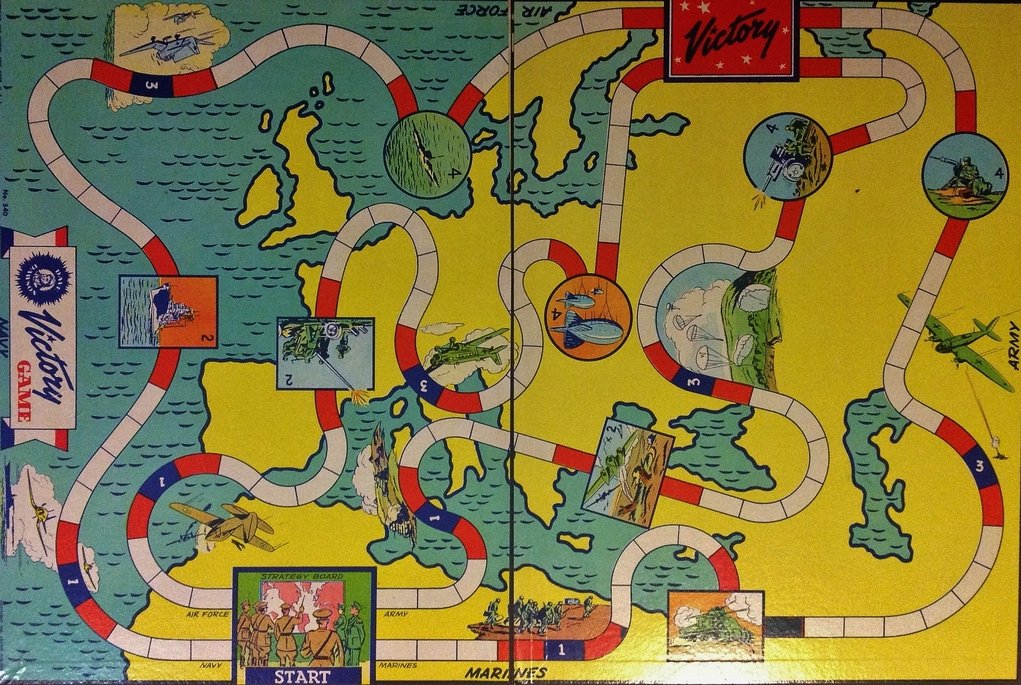